'EASY' ways to add Greenery to an existing Venue... 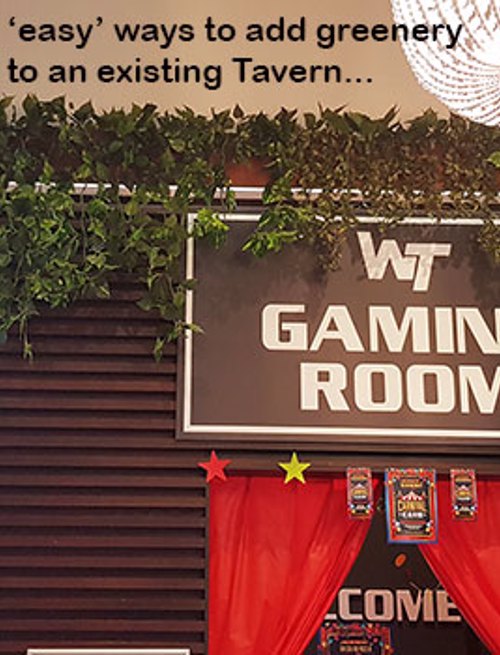 -existing Tavern while well-finished, was looking a little dated with lots of hard surfaces & straight lines. Client didn't want to go to any great expense or structural alterations, so they asked us what was the best value way to add greenery. We proposed several solutions, they chose one & we got straight to work

The end result is an easy transformation, by adding greenery simply & effectively, Tavern has achieved a modern makeover, making for a more pleasant atmosphere full of Patrons...